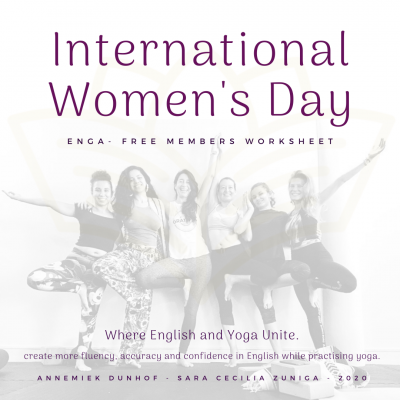 What is International Women’s Day?

Every year, we celebrate International Women’s Day. This day we remember the struggles and achievements regarding women’s rights throughout history. All over the world there are special events like demonstrations, concerts, and workshops to recognize the progress we have made to obtain more rights, but also to support those who still fight inequality.

In 1910, at an international congress in Copenhagen, Denmark, a German woman called Clara Zetkin suggested reserving a day to yearly dedicate ourselves to fighting equal rights for men and women worldwide. March 8 was elected, as it was the anniversary of the first protests against the horrible working conditions of the fabric workers in New York in 1857. Those protests were the first to obtain improved working conditions, political rights and the right to vote.

In 1977, the Nations General Assembly invited all countries over the world to proclaim the 8th of March a United Nations Day of Women’s Rights and International Peace.

International Women’s Day is now world-wide celebrated, but the form varies from place to place. Some people celebrate it like Mother’s Day and give presents and flowers to their female loved ones, others see it as an opportunity to raise awareness and money for less privileged women around the world.

In this special Empowerment’s class, for men and women, let’s try to hold all poses for an extended time to face any mental and physical limitations. Especially if you find yourself comparing yourself to others or get lost in negative self-talk/thoughts such as; “I’m weak”, “I can’t do this”, “I’m not flexible enough, not good enough, not strong enough, not whatever enough”, try and convince yourself that IT DOESN’T MATTER! It’s YOUR practise, and you practise for YOU. Not for anyone else. You know your body best.

Challenge yourself and know that the body is often so much stronger than the mind makes you believe.

Give yourself that extra push today and breakthrough the negativity. Butttttt, don’t push yourself beyond your boundaries, accept where you are in your practice today and know that with time and patience progress will show.